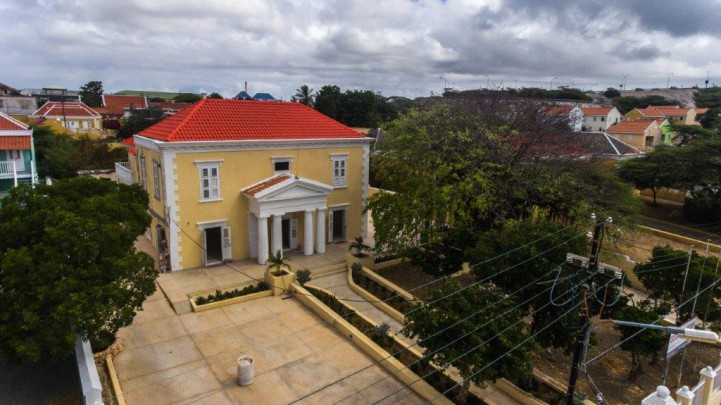 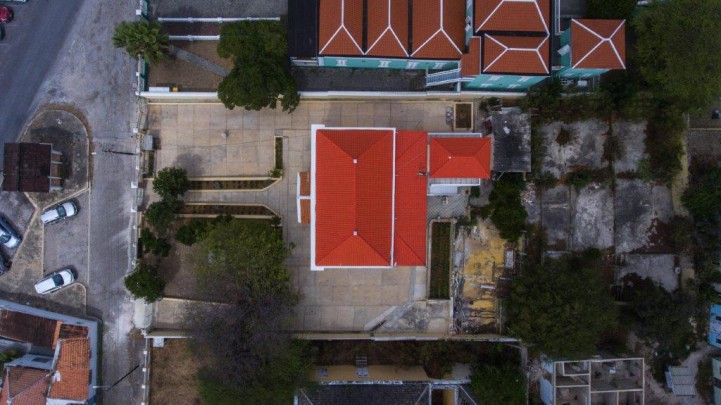 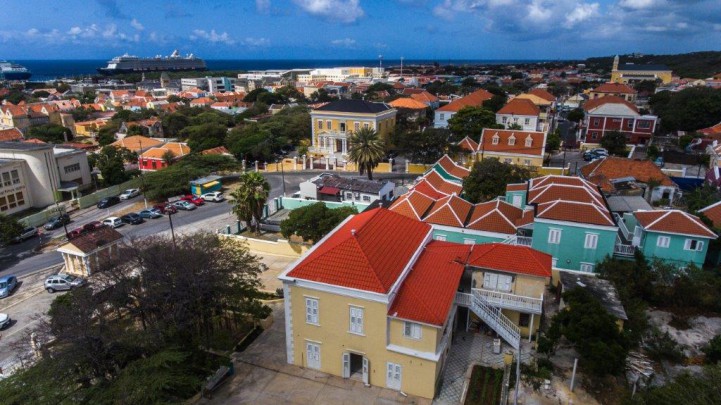 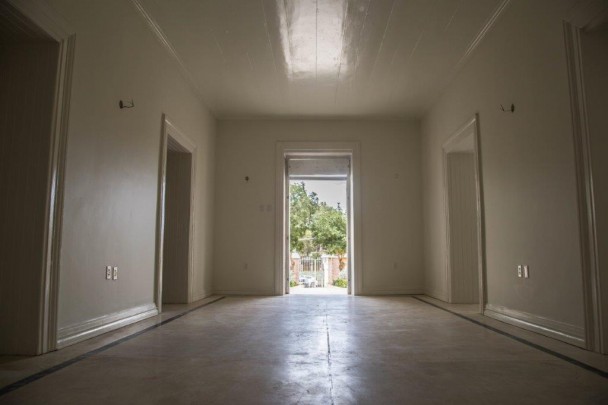 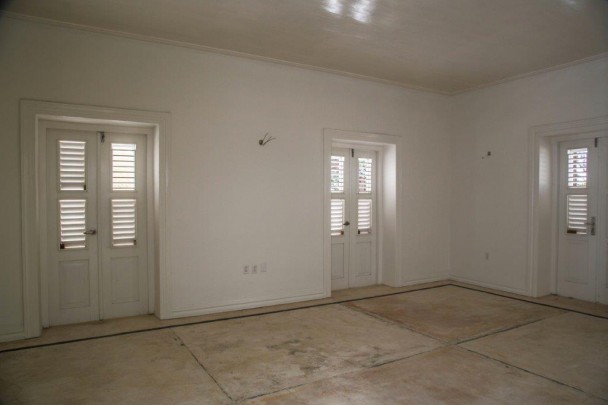 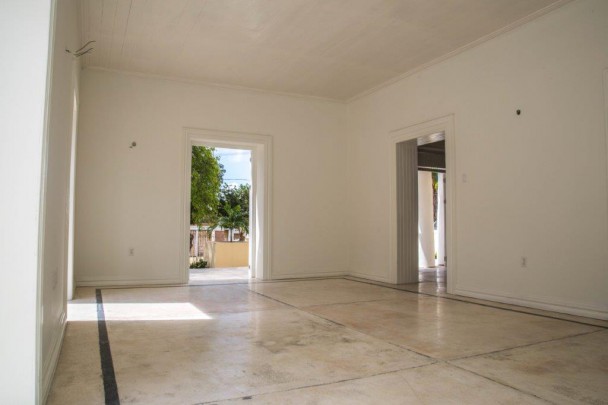 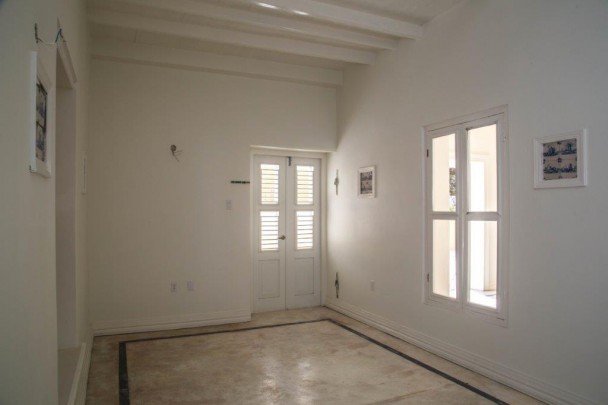 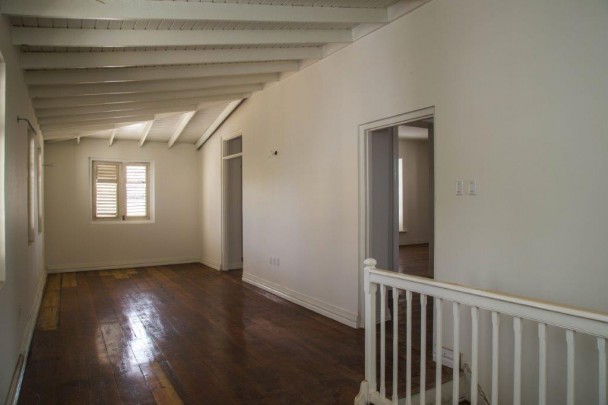 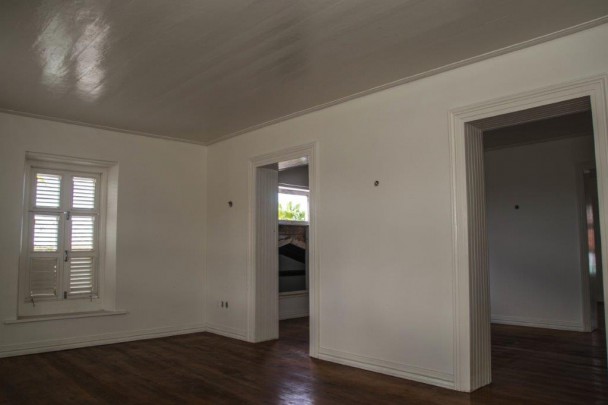 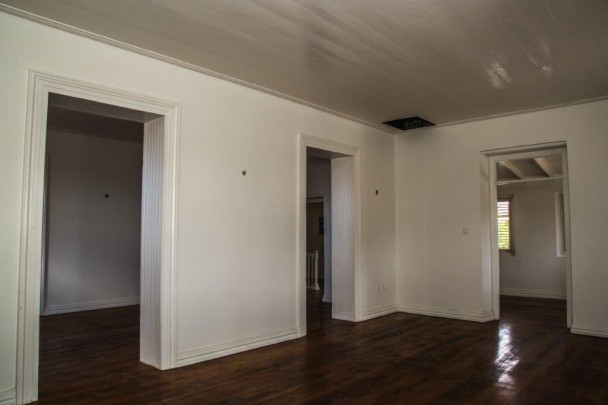 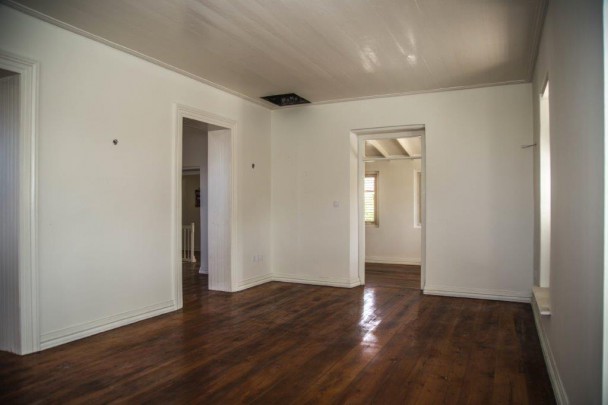 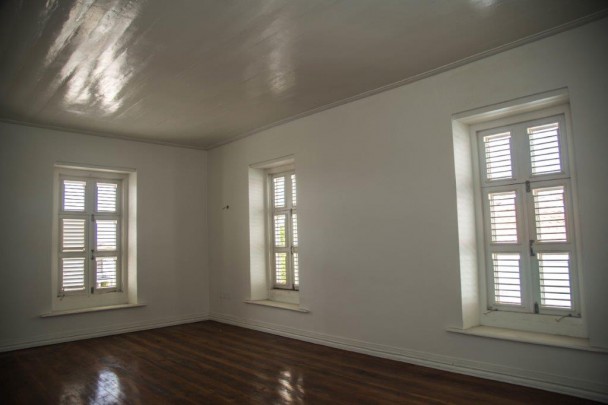 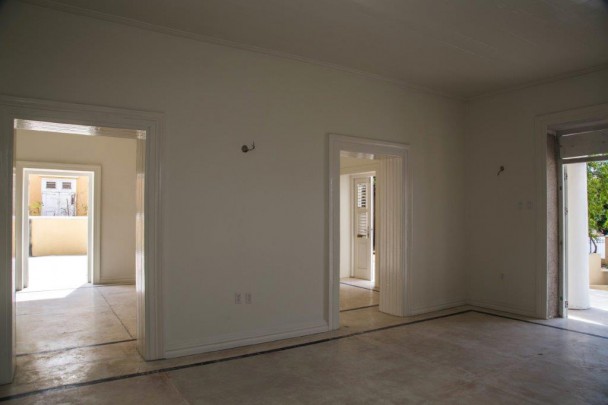 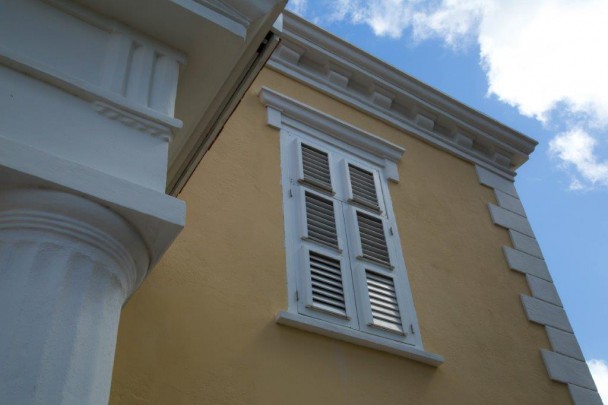 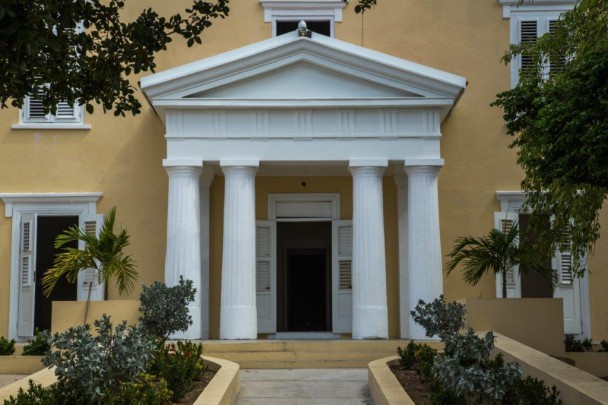 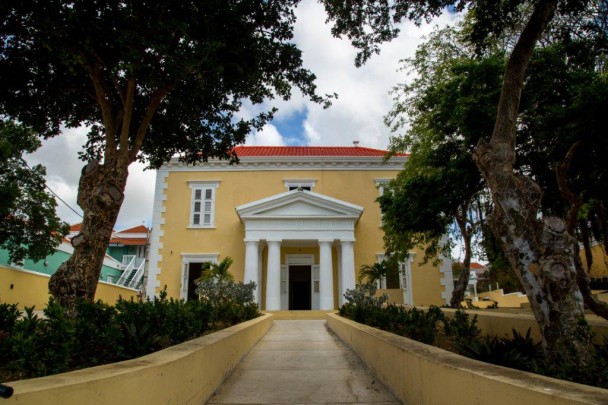 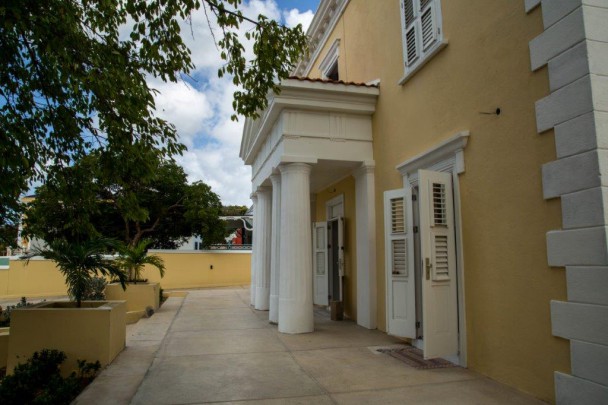 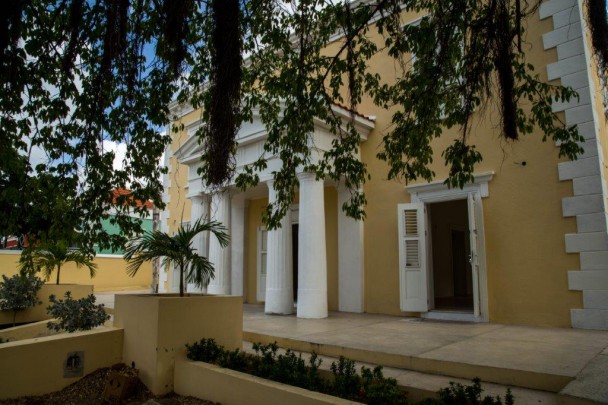 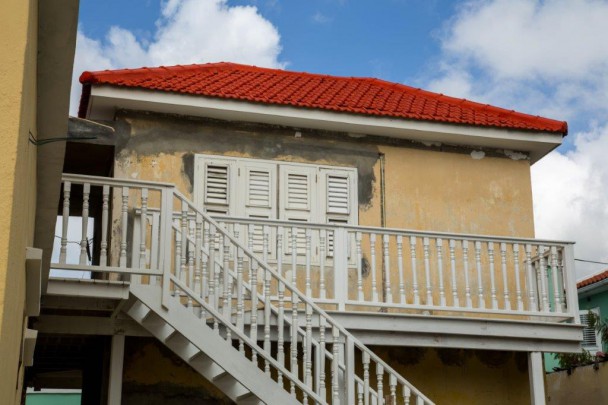 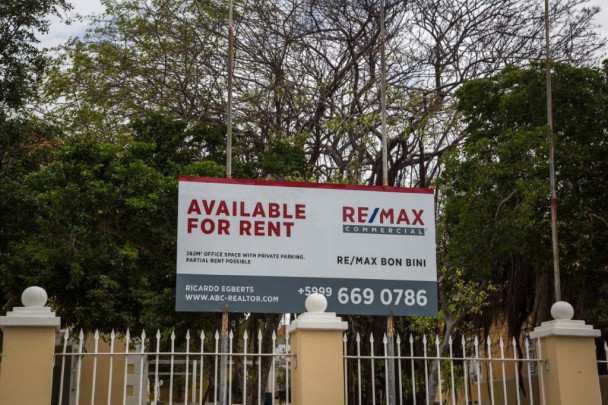 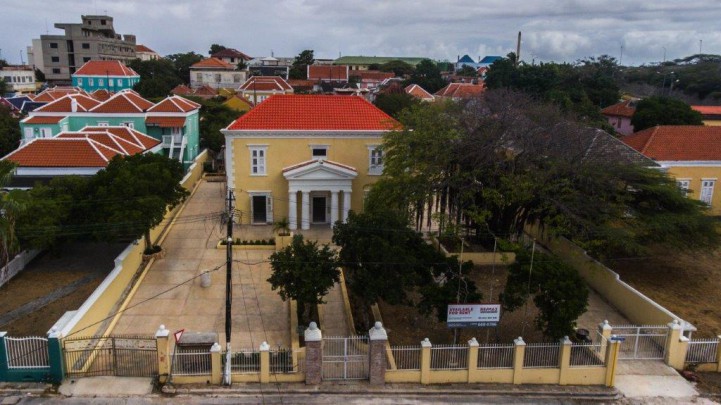 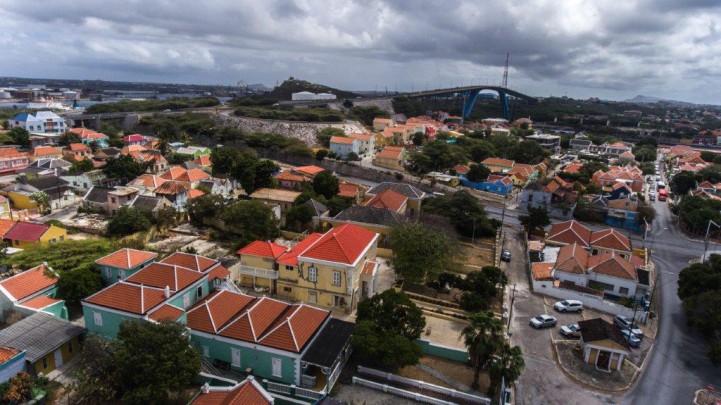 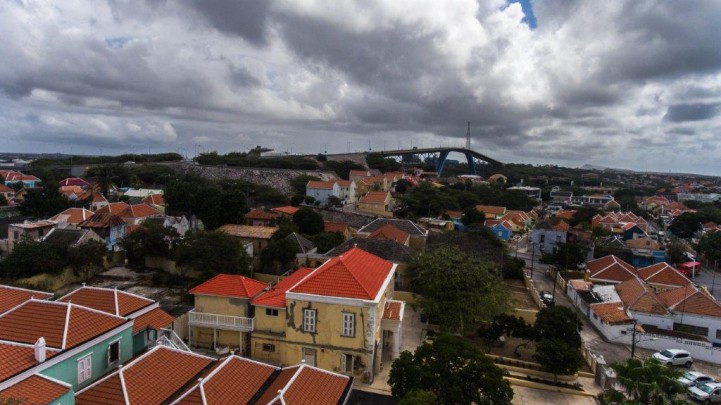 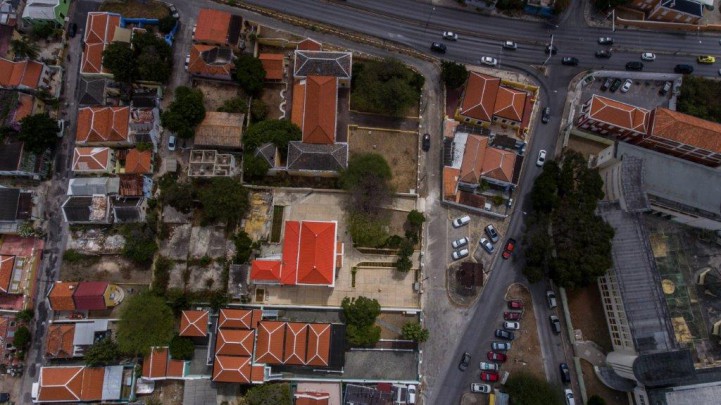 This fully renovated office building in Otrabanda Curacao is close to the main roads to and from the Juliana bridge.

The building was built later than 1873 and has a rich history with owners like Clara de Léon, J.M.J. Ellis of Ellis & Dania and, perhaps the best known owner, Thomas Gaerste. From the latter the story goes that he regularly played the piano which was in the house together with doctor Hugenholz, whom he assisted occasionally in the hospital.

In 1977, the trade union HORECAF bought the property of Gaerste's heirs. Currently it is being renovated to serve as representative office environment.

Striking detail of this prestigious villa is the Neo-Greek column facade at the main entrance. The gutter frame has a heavy profile with consoles which we assume originally belonged to Casa Blanca (Kranchi).

The layout of the ground floor consists of a central entrance with, behind it, a wide hall covering the full depth of the building with spacious offices on either side. Behind it (rear gallery) is the stairwell and space for a small restaurant with kitchen and a server room. Behind the building is a spacious terrace where your staff can stay during their break.

On the second floor there are three spacious offices with a toilet group and an apartment for the concierge.

There is parking for 12 cars.

Total area is 262M2 and it is possible to rent in units.


In an international environment like Curacao, objects are listed in various currencies. For your convenience, you are able to adjust the currency in which the objects' listing price is shown. In case the currency displayed differs from the currency the object was listed in, the listing price may seem to change on a daily basis. No rights may be derived from these recalculated numbers. This specific object is listed in EUR.